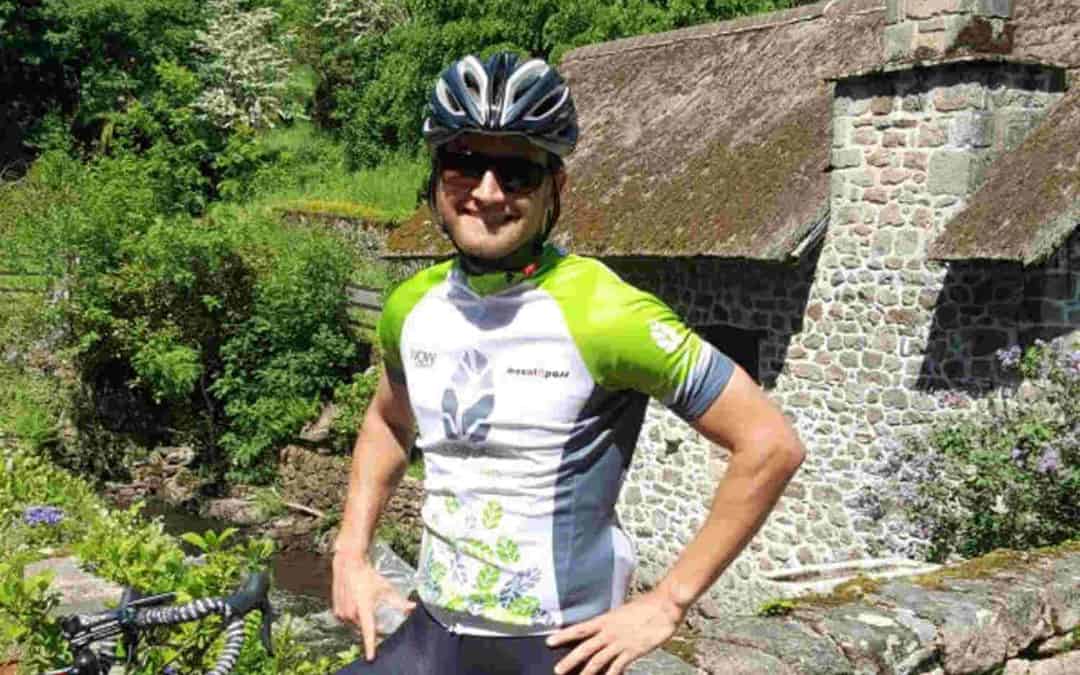 I came to France with a seriously elevated expectation for some of the best road cycling in the world. Not many cyclists will dispute the fact that France is their Mecca. France is where serious cyclists of the world seek to pilgrimage. The diverse terrain and beautiful scenery are steeped in bike racing lore. The hype can go on and on, but I know you know. After all this is a French bike blog. Though my expectations were high, riding in a foreign land always brings about stressful unknowns. What conditions are the roads in? Are there dangerous areas? Is the traffic bad? Are drivers respectful? So many questions raced around my head as I plunged head first into my stay in France with Correze Cycling Holidays..

I planned on staying at Correze Cycling Holidays for little over a month, during which time I helped around the house with dining and food prep. The Parrys (the family behind the scenes at Correze Cycling Holidays) and I connected through the website Workaway. Workaway connects hosts with helpers from foreign countries as a cultural exchange opportunity. I almost jumped out of my jeans when I learned of an opportunity to work at a bed and breakfast specializing in bike tours through the French country side. For me, this was a literal dream come true.

After accepting Samantha’s offer to work in exchange for room and board, I realized how very little I knew about the Correze Region of France. Hopping on the computer I furiously googled the topic. In addition to the Alps and Pyrenees France has a third, lesser known mountain range, called the Massif Central, situated in the south-central portion of the country. Any cyclist not living under a rock is familiar with epic scenes of The Tour de France traversing the Alps and Pyrenees but the Massif? Although the Massif region often has exposure during the Tour it rarely gets the hyped publicity of the other two mountain ranges. Even though some of the most unique climbs in the country can be found in this region, the terrain here is often billed as transitional.

Arriving at the Brive-la-Gillarde train station I was blown away the entire drive up to Correze Cycling Holidays. Narrow, manicured roads wound up green flat-topped hills with cavernous valleys in between. Tiny villages spatter the prominences. Those familiar with the east coast of the United States might see a resemblance to Appalachia. Rolling linear hills and valleys as far as the eye can see piqued my interest. The most meaningful riding I have done at home has been exploring the deep green rolling mountains of Western North Carolina. The French terrain looked equivalent. James assured me that these were not even the “big” mountains but foothills. The rugged peaks of the High Massif were further south east.

The technical definition of “massif” means a tightly-grouped region of mountains bound by faults. The Massif Central in France is predominantly volcanic in origin and distinct from both the alps and Pyrenees. Looking at France via Google Earth it is easy identify the Massif area, nestled tightly in the south-central portion of the country. If one looks at the profile of the region from north to south the Massif is completely asymmetrical. The northern departments of the Limousin region are filled with rolling hills and plateaus divided by steep valleys and gorges. Moving south into the region of Auvergne, the profile gains elevation and culminates in a series of rugged volcanic peaks. The highest, Puy du Sancy, is 1886 meters. This terrain was captivating. The rolling green hills punctuated by ancient towns create an immersive rural environment unlike anything I have ever witnessed.

Expansive plateaus, lush hills and big mountains all sound like promising ingredients for unforgettable road riding, but did this all live up to the fantasy land my mind had constructed? My first rides out with James were surreal. We passed hilltop chateaus and medieval villages from bygone centuries. The roads surrounding Correze Cycling Holidays are complete gems, meandering around hillsides and valleys in only a way France can provide. Adding gold to those gems was the utter lack of traffic through the Correzien region. Some days we would not see a car for the first 10 km of a ride.

Cycling in Correze affords an alien experience to someone who knows only the roads of North America. The French roads are minuscule (a single lane by American standers) and are immaculately paved and maintained. Villages are interconnected by a spiderweb-like road network that presents infinite riding possibilities. One would imagine that because the Limousin is so rural, road density would suffer, this is not the case. The road layout has its roots in antiquity. Roads follow the crest of hills and the undulations of the terrain in ways that the Romans found easily defensible. The road density here is an order of magnitude greater than anything I have experienced in rural America. But again, coming from America, the most unfathomable part of riding in Correze was nearly non-existent traffic. I would finish rides thinking does anyone in France drive?

Even when encountering the occasional car the respect they provide cyclists is other-worldly coming from the US. On one occasion, I had a driver slow down in front of me on a flat section of road. My initial confusion was put to rest when he waved me into the vehicle’s slip stream. I accelerated in the draft. We sped up and he paced me down an otherwise boring length of flat road. His son in the back seat turned around and pumped his fist out of the window. Moments like this highlight the bike culture of the of Correze and all of France.

When walking into many cafes and bars around the country it is commonplace to see a green, yellow and polka-dot hats hanging on the walls. The memorabilia a telling sign the Tour was once close and the local people proud of the cycling heritage. The bike culture of the region was icing on the cake to a complete five-star riding experience.